For Innovation’s Sake, Reach Through the ‘Bozone’ Layer!

Terry Jones founded Travelocity.com and then founded its new competitor Kayak.com. What was the secret to his decades of leadership success?

“The leaders at the top need to hear from the people on the line – the clerks, the customer service reps, the people who are actually touching the customers,” says Jones, author of On Innovation (www.jonesoninnovation.com).

The trouble is, in companies where the leadership has made failure too risky for middle managers, an impenetrable “bozone layer” forms between those at the top and those at the bottom.

“The short-term solution is for leaders to find ways to reach through the ‘bozone layer’ and talk to the workers. Solicit their ideas, implement them and give them a really big shout out for their great contribution,” Jones says.

“The long-term solution is to vaporize the bozone layer by changing the culture.

Encourage experimentation and new ideas. When something doesn’t work, kill the project — not the person! People need to know it’s safe to experiment and even to fail.”

Participants are welcome to listen live to the weekly show at http://www.blogtalkradio.com/prodmgmttalk, call in to talk on the show (323) 927-2957 and to participate on Twitter by following @ProdMgmtTalk and tweeting using the hashtag #ProdMgmtTalk

About Terry Jones
Terry Jones founded Travelocity.com in 1996 and led the company as president and CEO until May 2002. He is managing principal of Essential Ideas, a consultancy he cofounded to help companies in their transition to the digital economy, and serves as chairman of the board at Kayak.com, which he also founded. Previously, he served as chief information officer at Sabre Inc., where he held various executive positions for 24 years. Before Sabre, he joined American Airlines as director of product development and eventually became president of the division. Jones is a graduate of Denison University.

Terry’s New Book is “ON Innovation”

This book’s focus is turning on innovation in your culture, teams and organization.

On Innovation has 72 short ideas on how to build teams, create a culture, and select the best ideas. It includes a section on “Innovation in a large corporation”

It is available on Amazon in paperback and Kindle format and in the IBook store for Ipad.

First editorial reviews of ON Innovation

Terry Jones’s book “On Innovation” is a gem. You’ll come away from this book enriched, even if you just only dip into it in 10 minute snatches now and again.  TNOOZ Travel News

If you’re looking for inspiration to kick-start your business for 2013, get your hands on a copy of ON INNOVATION. Tahoe Bonanza

A quick and inspiring take on building innovation from the ground up.  KIRKUS Reviews

The book… speaks in layman’s terms, to the everyman and everywoman who wants to better himself or herself and their teams. MOONSHINE INK

This is a book that is ideal for front line staff, CEOs and definitely middle managers… “how to” book. How to do things, how to look at your business in a new way, how to be strategic, how to listen — overall, how to innovate. Lake Tahoe News

View special re-airings of presentations from Terry Jones and Dr. Robert Cooper and then join them for live Q&A. Already registered? You’ll just log in right here on June 19 with your email address. Not yet registered?Register today for the PIPELINE 2013 Mini Conference: June 19th.

Software vs. Services: Why Striking the Balance is Just the Beginning | ExtensionEngine, LLC 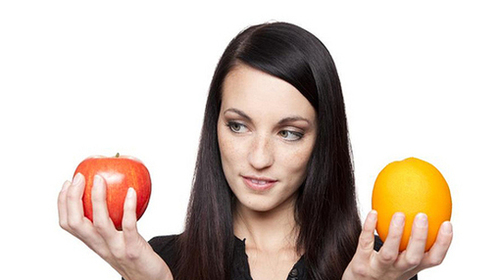 Lah describes a typical early stage VC-backed startup as having a “3-1-6″ model, in which

30% of revenue is from the core software product,

10% is from support fees, and the remaining

a mature product company will often have a “6-3-1″ model which is almost the inverse distribution.

The key takeaway is that your professional services team can have as much of an impact on your customer’s brand experience as your product itself. In fact, for the first part of the engagement, your professional services team IS YOUR BRAND. You’ve got to balance the mix between service and software so that you get the numbers right.  But getting the people, process, and culture right is even more important. In the end, if your customers have a positive experience with your services organization, they are likely to buy more products.  And if you don’t take the right approach with this important 10% of your business, you could be screwing up the remaining 90%.

If you’re new to the field of customer experience management, what would you expect? Read on to see what surprised Selwa Lukoskie in her first experiences in writing about CX.

“According to Harley Manning, vice president and research director at Forrester Research, customer experience is:

how customers perceive their interactions with a company along each step of a customer journey, from discovery, to purchase and use, to getting service.”

“A company may perceive to have given a good overall customer experience, but that’s only one side of the equation. A customer’s perception is what really matters. No matter what kind of experience you think you gave a customer, they may have perceived something entirely different. This makes the definition of CX – and its metrics – not just multifaceted, but also ambiguous.”

Here are the notes for the Marketing and Getting Traction Section at Startup Product Summit SF. Omissions and errors are mine (please let me know if you find any, thank you!), credit for the wisdom is entirely the speakers’.

“Your Product is your Marketing, and You are Your Product” – Eric Kim, Co-Founder & CEO, Twylah

Essential foundations of a personal brand:

“Make Your Numbers Go Up: How to Optimize for Conversion & Retention on Mobile” – Mariya Yao, Founder & Product Strategist, Xanadu Mobile

“Monetization: How Buffer went from Idea to Revenue in 7 weeks & 50K users in 8 months”

Notes on other panels:

Michelle Sun is a product enthusiast and python developer.  She worked at Bump Technologies as a Product Data Analyst and graduated from the inaugural class of Hackbright Academy. Prior to Hackbright, she founded a mobile loyalty startup. She began her career as an investment research analyst. When she is not busy coding away these days, she enjoys blogging, practicing vinyasa yoga and reading about behavioral psychology. Follow her on Twitter at @michellelsun and her blog. 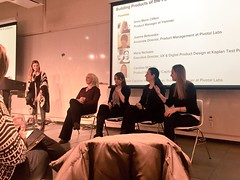 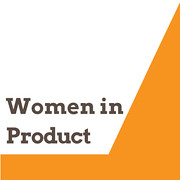 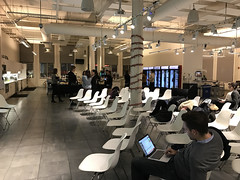